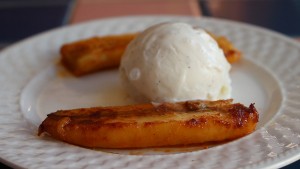 The very recipe title name of this banana dessert conjures up memories for me. My parents, Dick and Barbara, regularly prepared it—without the chile—in the late 1950s. As kids, my brother Rick and I were entranced with the idea of setting food on fire! Sometimes if they were out of rum, Dick would substitute brandy or even blended whiskey. The bananas were always served with vanilla ice cream. Variation: Sprinkle the bananas with toasted coconut, too. 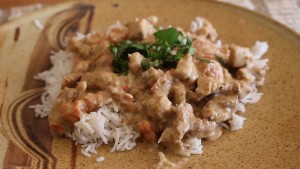 Some of Southeast Asia’s most exotic spices are the stars of this Indonesian dish. Ginger, coriander, caramom, and and cloves give this a distinctly rich taste. If you enjoy this recipe, try it next time using lamb. 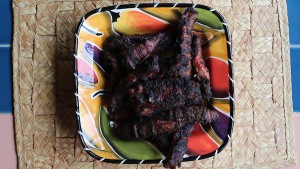 The Jamaican jerk cooks use a technique of cooking best described as “smoke-grilling.” It combines the direct heat of grilling with smoke produced by fresh pimento leaves and branches. 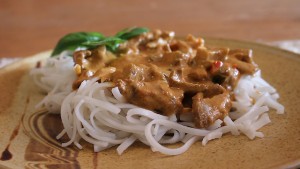 This recipe was favorite of King Rama V, who reigned in Thailand from 1869-1910. It is tasty, rich, and very spicy and should be served with hot, cooked rice or cooked Thai noodles. 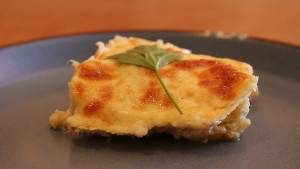 This recipe is a delicious alternative to traditional tamales. A green salad is all that is needed to complete a meal. 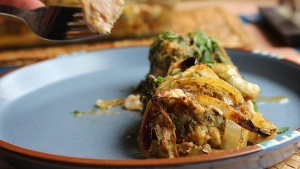 This is a great dish for those who can’t handle a lot of heat. Chicken dishes are very popular all over the Caribbean. They are especially popular in Trinidad and Tobago, as evidenced by the number of fast-food shops selling it. The phrase “twice-cooked” refers to the browning and then the baking.