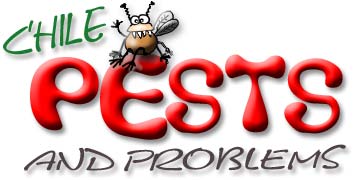 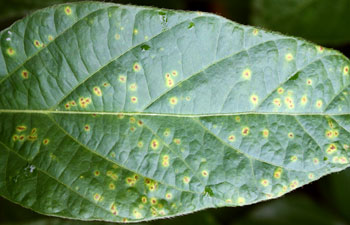 Causal agent: A number of different fungi and fungi-like organisms cause the symptoms of damping off, including: Alternaria species, Botrytis, and Fusarium species.

Symptoms: Bacterial leafspot affects the above-ground parts of the plant. On young leaves, the spots are small, yellowish green, and slightly raised on the underside of the leaf. On older leaves, the spots are first dark, water soaked, and not noticeably raised. When spots are few, they may enlarge to 1/8 or 1/4 inch in diameter. These spots have dead, straw-colored centers with a dark margin. Severely spotted leaves turn yellow and drop. Infected seedlings often lose all but the top leaves of the plant. The first signs of bacterial spot on fruits are small, raised, dark-colored spots that are often surrounded by a water-soaked margin. The spots appear angular, for the bacteria spread along the veins. As disease progresses, the spots may enlarge, turn black, and become rough, giving the fruit a scabby appearance.

Control: The best control is crop rotation and using disease-free seed. The organism is seed-borne and, in some areas, can overwinter on diseased plant refuse in the soil. The main source of infection is infected seed. Infected seedlings carry the disease to the field, where it can spread rapidly during warm, rainy weather, especially when driving rain and wind have caused injuries to the plants. Marginal success in controlling the disease has come from using copper-based fungicides. However, excessive use of copper may retard growth.

Symptoms: It begins in the stem end of the fruit, but can occur through wounds on the pod. The internal tissue softens, and the pod turns into a watery mass. The pod also has a foul smell.

Control: It is worst in wet weather because the bacteria are splashed from the ground onto the fruit. It can also be started by insect injury. Therefore, controlling insects helps prevent this disorder.

Symptoms: The disease begins with a wilting of leaves. After a few days, a permanent wilt results, with no leaf yellowing. A test for this bacteria is to cut the roots and lower stems and look for a exudate of milky streams of bacteria when suspended in water.

Control: Plant clean seed and transplants and reduce the problem in the garden by discarding diseased plants.

Causal agent: Several species of the fungus Colletotrichum causes this disorder.Symptoms: Small, water-soaked, shrunken lesions are usually found on ripe pods. The lesions have dark fungal spores in them, and a characteristic concentric ring appearance.

Control: Clean seed and crop rotation are important. If the disorder is severe, a fungicide may be needed.

Control: Clean seed and crop rotation are important. The disease is worst under humid conditions. Fungicides can help to manage the disease. 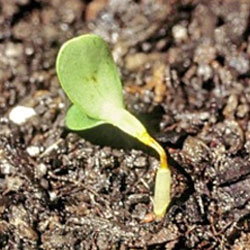 Damping Off of Seedlings

Causal agent: Several fungi, such as Pythium, Rhizoctonia, Fusarium, etc. are associated with this disorder.

Control: Treating the seed with a fungicide, or treatment of soil to minimize the fungi population in the soil is the most common method of control. Most commercially prepared soil mixes are safe from these fungi. Good air circulation is important, so fans in greenhouse situations are helpful.

Causal agent: Fusarium oxysporium f.sp. capsici is the fungus that causes this disease.

Symptoms: An initial slight yellowing of the foliage and wilting of the upper leaves progresses in a few days into a permanent wilt with the leaves still attached. Cut stem shows a browning, similar to Verticillium wilt.

Control: High temperatures and wet soil conditions favor the disease and it is most likely to occur in poorly drained areas. Good drainage is essential.

Causal agent: Botrytis cinerea is the fungus that causes this disease.

Symptoms: A sudden collapse of succulent tissues, such as young leaves, stems, and flowers. Gray powdery spore masses of the fungus occur on the surface of dead plant tissues.

Control: High humidity favors the disease. A wide plant spacing so that plants dry quickly helps reduce the disease. A fungicide may be used if the mold is severe. 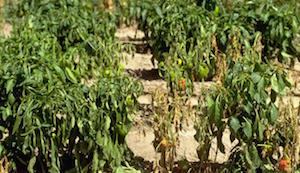 Causal agent: This water mold, Phytophthora capsici, can invade all plant parts. The fungus may cause three separate disorders: foliar blight, fruit rot, or root rot. It spreads rapidly when humidity and temperatures are high and the soil is wet.

Symptoms: Often called chile wilt, it differs from vascular wilts caused by Verticillium dahliae and Fusarium oxysporum. Large plants wilt and die, leaving brown stalks and leaves and small, poor-quality fruits. If the fungus enters the roots, the plants cannot obtain enough water, may suddenly wilt, and eventually die. When the disease is severe, the fungus may attack main stems and branches, causing brown or black spots that kill that portion of the plant. The disease is most common in overwatered areas, such as low spots, heavy soils, lower ends (tails) of sloping fields, or upper ends (heads) of long fields.

Control: Chile wilt can be prevented by avoiding excess water. Do not allow water to stand in the garden and drain the field quickly to avoid infection. One cultural-control measure is cultivating so that plants are grown on a high ridge after the last cultivation. Fungicides work against foliar blight and pod rot.

Causal agent: The fungus that causes this disease is Leveillula taurica.

Symptoms: Chlorotic blotches or spots that may become necrotic with time. On the lower leaf surface, a white to gray powdery growth may exist. Leaf drop is common.

Control: Fungicides may be needed. Other plants in the garden with powdery mildew should be removed.

Causal agent: Sclerotium rolfsii is the fungus causing this disease.

Symptoms: A sudden wilt with no foliar discoloration occurs, but the leaves may turn yellow later. The base of the stem is brown and decayed above and below the soil line. White fungus is visible at the base of the stem and on the soil around the base. Sclerotia, small brown spheres about the size of mustard seeds, can be found in the fungus.

Control: Deep tilling to bury the sclerotia, removing infected plants, and allowing a plot to set fallow for a couple of years are helpful control measures. Soil fungicides may provide some control. 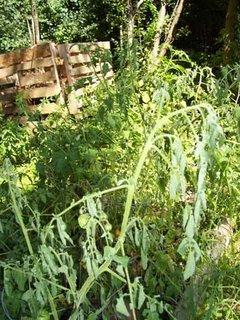 Causal agent: Two different species of fungi can cause this disease, Verticillium dahliae and V. albo-atrum

Symptoms: Plants first show a wilting, then usually shed many leaves, and finally die. If the stem is cut, a vascular discoloration is seen.

Control: No resistant cultivars nor chemical controls are known. Solarization of garden soil has worked under certain conditions. Rotate crops, but not with eggplant, okra, or tomatoes.

Causal agent: White mold, or Sclerotinia disease, is caused by the fungus Sclerotinia sclerotiorum. It causes a wilt, rot, and blight.

Symptoms: Blighting or rotting of any above-ground or below-ground plant parts occurs. At first, the affected area of the plant has a dark green, greasy, or water-soaked appearance. On stems, the lesion may be brown to gray in color. If the humidity is high, a white, fluffy mycelial (mold) growth appears. Lumpy areas appear in this white growth, which become hard and black as they mature. The hard, black bodies (sclerotia) form inside the stem or on the outside surfaces of the stem and other plant parts.

Control: Control includes well-drained soil, proper plant spacing, crop rotation, and careful removal of all infected plants as soon as possible. Do not compost or use the plants for mulch.