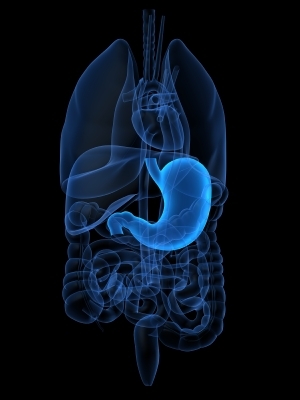 Let’s put this absurdity to rest right now. Despite all the mass media hype and paranoia, there is not one bit of credible evidence linking chile peppers with causing any type of cancer.  Period.

Remember the (disproved) cranberry cancer scandal, the alar in apples fraud, and the idiotic coffee is-is not-is-is not bad for you reports?  The chile scare is clearly the legacy of such sensationalism, which is caused by researchers grasping for grants and a naive popular press.  Shoddy research begets shoddy journalism–where every “scientific” study is given enormous credence by gullible media.

“As a nation, we suffer from a syndrome of paranoia and neglect,” says John D. Graham, director of the Harvard Center for Risk Analysis.  “We are frightened of every tiny concentration of chemicals in our food, but tolerant of major killers in our society.”

We assigned researcher Mark Preston to track down the background of the study which lead to the media hype and then asked chile pepper expert Dr. Paul Bosland to give his observations.

During late February and early March of 1994, the popular media reported about an article that had appeared in the February, 1994 issue of The American Journal of Epidemiology. The article linked stomach cancer to chile pepper eating. Mostly the story was picked up off the Cox Newservice wire. This brief story, written by Jeff Nesmyth, pretty much quoted what was written in The American Journal of Epidemiology.

The title of the article was: “Chili Pepper Consumption and Gastric Cancer in Mexico: A Case-Control Study.” It will be called the Mexico study for the rest of this story. It purports that those who eat chile peppers are “seventeen times more likely” to contract stomach cancer than those who don’t eat them. The first thing I felt I had to do was to check the bibliographic citations at the end of the article. They were the key to the study’s sensibilities, around which the premise and logic of the study would be based.

The first citations were scientific papers attributed to a Dr. Bela Toth. The foundation of the Mexico study’s hypothesis that eating chile peppers bears a relationship to stomach cancer rests on his work. He is a cancer researcher at the Eppley Cancer Research Institute. I was able to obtain his research papers and, through the help of several doctors, most notably William C. Buss, Ph.D., who is the head of pharmacology at the University of New Mexico Medical Center Hospital, I was began to understand the Mexico study. From Dr. Buss I learned that Dr. Toth had given mice between 72 times and 2400 times more chile a day than is normally eaten by a human being! This amounts to a 150-pound man eating between 4 and 150 pounds of jalapeños a day.  The average Mexican eats about 1 jalapeño a day.

These vast quantities are given because some, but not all, scientists believe that a fraction of the population would be at risk for cancer, should chiles be able to induce cancer in a mouse. This sounded a lot like the Canadian study of saccharin causing cancer in mice. That study that gave the mice something like the equivalent of 300 cans of diet soda per day. I wanted to know more, just to be sure.
Well, none of the mice got stomach cancer, no matter how much chile they ate. I spoke with Dr. Toth and asked him specifically about this. He averred that none of the mice, test subjects or controls, had any stomach cancer. Since the Mexico study bases its hypothesis on stomach cancer being induced in humans that eat chile peppers, through the experimental results of Dr. Toth, the Mexico study’s hypothesis leaves a certain gap in logic. There’s more.

Dr. Toth’s mice did die–some of other cancers and most of them at the typical age for the demise of a mouse.  The mice that were given the highest amounts of chile peppers (the 2400 times group) lived the longest–longer even than the mice that were given no chile!  But I still wasn’t satisfied with all this and stared making contacts with cancer doctors, researchers, and other medical specialists around the world.

The Mexico study is what is called by cancer researchers a diet study. The writers of the article went to Mexico City hospitals and asked the stomach cancer patients there to recall how much chile they ate on a day-to-day basis. This questionnaire was done according to proper medical procedures. But what is important to note is that this study is not a dose-response relationship study. This means that the “17 times more likely” is completely arbitrary. The people used for this study could have eaten just one chile, only once in their lifetimes and been at the same “17 times more likely” risk than a person who ate a pound of chile a day. Both people were at the same risk. It’s somewhat like saying that there is no difference between smoking a cigarette once in your life and a two-pack-a-day man. The Mexico study’s choice of chile peppers is completely arbitrary. They could have chosen beets, corn, or tequila. The results would not have changed one bit because it was an interview study, not a study based on responses to particular dosages.

“Isn’t this Mexico study completely arbitrary?” That was the question I asked Dr. Jonathan Sammet of the New Mexico Cancer Registry (one of the seven universally recognized registries in the U.S.).  His answer was yes but in a teetering way. He defended the study, saying that its results were “statistically significant.” When I asked him if statistically significant was the same thing as accurate, he answered no. By now you may be asking yourselves, why did Jeff Nesmyth write his syndicated story if the Mexico study is so arbitrary?

I believe that the popular media story about the Mexico study article was published because the Mexico study claimed results. When medical researchers test a hypothesis and their experiments produce no results, the scientific and medical research journals don’t want to publish them because they prove nothing.  And it’s a publish or perish world out there for researchers. But the least that Jeff Nesmyth should have done was to check other side of the chile cancer story.

The United States collects cancer statistics through and for the World Health Organization (WHO), a United Nations agency. The American Cancer Society uses the WHO statistics, as do most all medical researchers around the world. The good news is that from 1930 to the present day, stomach cancer has declined from the leading cause of death by cancer to one of the lesser causes. Of all cancers, stomach cancer has declined the greatest amount, by percentage. Its decline is presumed due to refrigeration of foods and eating more (and fresher) fruits and vegetables. I think it’s also from the fact that we are eating few preservatives because we consume less cured, salted, and canned foods–but that’s just my theory, not a scientific opinion.

It’s possible that eating an excess of anything can lead to disease or death, from wine to carrots to rice. Yet, I wouldn’t suggest for even a moment stopping the college fraternity from having a jalapeño-eating contest. For me, this cancer scare is the type of news story that gives one pause. Is there never going to be an end to sensationalistic journalism? Don’t believe everything you read in the newspaper or see on television.

Finally, to get my bearings, I turned to the nation’s leading cancer research specialists, Drs. Bruce N. Ames and Lois Gold. Dr. Ames is the inventor of the Ames Assay. It is a simple gauge by which a substance’s carcinogenicity can be determined on a dose-response level. That is, the higher the dose the quicker the cancer is induced, or the greater amount of cancer cells form, or both. Dr. Gold’s contribution is the HERP Index (Human Exposure Rodent Potential). This is a scale of risk. The baseline risk is the carcinogenicity of tap water–chlorinated tap water. A peanut butter sandwich has about 25 times more risk of exposure to carcinogens than the water. One mushroom has about 500 times the risk and a beer has 1000 times. Heavens preserve us! Food causes cancer!

I gave Dr. Gold all the information she requesting in listing chile peppers on the HERP index, but the procedure takes a while and we’ll have to report on how chile peppers fared on this later.  Meanwhile, don’t stop eating chiles.

I read with interest as many of you did the Cox wire service story that suggested that chile may cause stomach cancer.  This, of course, is a wholly incorrect assumption, but it serves to illustrate the ignorance of many wire service stories that deal with science.  The preliminary research report did not unequivocally support the conclusion that chiles cause stomach cancer.  The study was a correlative study.  Correlative studies are not unequivocal in determining cause and effect.  They have an inherent problem with what two factors are associated together.  An analogy would be a study on sidewalk cracks and birth.  One may observe more sidewalk cracks in June, and maybe most babies are born in June.  Therefore, the erroneous conclusions is that sidewalk cracks cause babies to be born!  Even the authors of the chile-cancer study state that “in spite of the heavy chile pepper consumption, the rate of gastric cancer in Mexico City seems to be relatively low.”  They also reported no dose-response relation between chile consumption and the occurrence of stomach cancer.
Chiles have been part of the human diet for more than 9,000 years.  Since 1982, more than two thousand scientific studies have been published describing the medicinal benefits of chile.  A study published in the Journal of the American Medical Association in 1988 using videoendoscopy found that the pungency compounds of chiles (capsaicin) had no effect on the stomach.  Vinegar and pizza irritated the stomach lining, and the most irritating substance tested was aspirin.

Chile is a nutritious and healthy food that might even have anti-cancer properties.  From a health standpoint, chile can be considered from two perspectives: nutritional and pharmaceutical.  Chiles are good sources of many essential nutrients.  They contain high amounts of vitamins C, E, (B1 (thiamine), B2 (riboflavin), and B3 (niacin).  A New Mexican green chile pod has six times the vitamin C of an orange.  Red chile contains the protovitamins, alpha-, beta-, gamma-carotene, and cryptoxanthin, which are transformed in the liver into vitamin A.  Studies by the National Academy of Science and evidence from other epidemiological studies indicate that the higher intake of carotene and vitamin A may reduce the risk of cancer.  A 1971 research report listed 14 references where chile was cited as a therapeutic agent for cancer.
There is growing scientific evidence that the capsaicinoids may also have cancer prevention properties.  An early report in 1984 stating that chiles were carcinogenic was refuted by the same researchers in a 1988 follow-up paper.  They concluded that consumption of chile could protect the body from some cancer-causing compounds.  A new study from Loma Linda University found that capsaicin actually blocked the formation of potent cancer-causing chemicals in cigarette smoke.

Chile is a valuable source of nutrition and contains several antioxidative compounds that protect the body.  A “preliminary” report should not deter anyone from consuming chile in moderate amounts.  Chiles are healthful.