Who woulda thunk it?  Barbecue was the subject of a serious (somewhat) and academic (sorta) symposium at the Southern Foodways Alliance at the University of Mississippi in Oxford in October, 2002, entitled “Barbecue: Smoke, Sauce, and History.” I had not been to Mississippi in 32 years, so I was really looking forward to my return to the Deep South, and wasn’t disappointed.  Fortunately, on the advice of the director of the alliance, John T. Edge, I had registered early.  Originally, John had planned for a maximum of 150 participants, but when 350 people applied he relented and accepted 200–at an expensive $360 per person, but well worth it.

In attendance were barbecue professionals, like chefs, restaurant owners, and competition cooks, hobbyists, and food writers like myself from the New York Times, Newsweek, New Orleans Times-Picayune, Atlanta Journal-Constitution, Gastronomica, Southern Living, and others.

The symposium combined the elements of lectures, food such as barbecued pig cheeks (excellent!), and music, so entertainment and education went hand-in-mouth.  The lectures began with Lolis Eric Elie, author of Smokestack Lightning, speaking about “Notes on the Geography of Barbecue.”  He said that barbecue reflects the wide range and nature of food in America.  There are many styles of barbecue that spark regional rivalries, yet some overlap.  For example, Phoenix City, Alabama has mustard-based sauces like those in South Carolina.  Lolis said that he has no faith in his own ability to construct a map of barbecue country, but he knows where it isn’t located: in Northeast country clubs, and in New York City, which only has transplanted styles and sauces, but not its own tradition.  His advice was to map your own barbecue country by tasting as many styles as you can, and you’ll soon discover that you like all styles.  He also commented that pulled pork on a bagel will prove that barbecue has evolved in New York City. 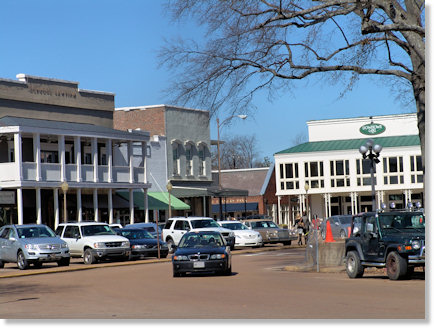 Lunch was served outdoors in The Grove and featured two different sandwiches, pulled pork and a breaded pork tenderloin, plus the usual barbecue accompaniments.  The afternoon session began with Bob Garner, author of North Carolina Barbecue, speaking on, well, North Carolina barbecue.  There is a rivalry there between the eastern and western parts of the state.  Both regions agree that pork is the preferred meat, but in the west they serve sliced smoked pork shoulders, and in the east they serve whole pigs, pulled very fine and topped with a vinegar and chile pepper-based sauce.  Interestingly, Kansas City-style barbecue is served in the University of North Carolina stadium in Chapel Hill.  Barbecue is the food of celebration in both regions, where it is served at parties, anniversaries, church fund-raisers, and political rallies.

How did barbecue evolve in Texas?  Robb Walsh, author of Legends of Texas Barbecue Cookbook, said that the prevailing story holds that it began with the German butcher shops, where meats were smoked.  But that theory discounts the fact that African-American cotton pickers had their own tradition of barbecue that was imported from the Deep South.  Robb believes that the German butchers hired black and Hispanic pit bosses, who had their own barbecue styles, and introduced the art of using sauces over the plain smoked meat of the Germans.  During the discussion session, I asked Robb if he thought that the plain smoked meat served without sauce at the Kreuz Market in Lockhart, Texas, was barbecue.  “Well, the meat is smoked, so that makes it barbecue,” he replied.  “You can have the sauce on the side.”  I replied that there was no rub on the meat, and no sauce was served with the meat, so it was not barbecue, but just plain smoked meat.  It was a standoff.

One of the funniest speakers was Marcie Ferris, who is writing her doctoral dissertation on Southern Jewish foodways.  Her talk, “We Didn’t Know from Fatback,” emphasized that while reformed Jews will eat pork barbecue, the more traditional Jews stick to beef barbecue–and even that must be kosher.  In fact, there is a Kosher Barbecue Contest, sponsored by Jewish-owned Corky’s Restaurant in Memphis and by Kroger Foods, who provide the kosher ingredients.  The spices, utensils, brisket, and beef ribs must be kosher, the food must be partially prepared by a Jew, and a separate smoker must be used for the brisket and ribs.  Two of the competition team names were the Holy Smokers and Brisketeers So Fine Bovine.

John Shelton Reed, author of 1001 Things Everyone Should Know About the South, led off the Saturday session with his lecture on Barbecue Sociology.  He began with what he said was his second most quoted statement: “Southern barbecue is the closest things to France’s wine and cheeses.”  Drive a hundred miles and the barbecue changes.  Then he launched into a criticism of the barbecue in large cities, saying that smaller towns like Lexington, North Carolina, had much better barbecue.  Atlanta is the worst, he said; it’s ashamed of its barbecue.  And then gave his first most quoted statement: “Every time I look at Atlanta, I see what a quarter of a million Confederate soldiers died to prevent.”  He did admit that there was one large city with excellent barbecue: Memphis.  He suggested that the South needs a new flag, one with a dancing pig on it.  One of the more interesting experiences he ever had was being a judge at the huge Memphis in May Cookoff, which he called a “barbe-cultural experience.”  He said he particularly enjoyed the musical performance of the Reverend Billy C. Wirth, who entertained with songs like “Mennonite Surf Party” and “Your Greens Give Me the Blues.”  He concluded with the comment: “Hogs smell better barbecued.”  It was an hilarious performance.

“The Politics of Barbecue” was the subject of the talk by Jim Auchmutey, a reporter and editor at the Atlanta Journal-Constitution.  “Pigs are not partisan,” he began, noting that all politicians of all parties have used barbecue to raise funds.  He quoted one barbecue philosopher as saying: “No person has ever been elected governor of North Carolina without eating more barbecue than was good for them.”  George Washington hosted barbecues at Mount Vernon, and William Henry Harrison staged enormous barbecues around the country, and voters loved them.  Perhaps the biggest presidential proponent of barbecue was Lyndon Johnson, who hosted more than one hundred barbecues during his five years in office.  His events became known as “Barbecue Diplomacy” because of the number of foreign leaders he invited.  When Russian president Vladimir Putin tasted the meat at one of George W. Bush’s barbecues, he said he didn’t see how a “living person could create such an interesting food.”  Marvin Griffin, the former governor of Georgia, was not re-elected in 1962.  His campaign barbecues had drawn huge crowds, but as he lamented, “Everybody that ate my barbecue I don’t believe voted for me.”  And barbecue is taken very seriously in South Carolina, whose legislature in 1986 passed a “Truth in Barbecue” law requiring restaurants to disclose whether they cooked the barbecue over wood, gas, or electricity.

Jack Hitt, a writer from Charleston, South Carolina, told the incredible story of the battle of the barbecue brothers, Maurice and Melvin Bessinger.  Maurice, with a barbecue restaurant in Columbia, South Carolina, was a staunch conservative and flew the Confederate flag over his restaurant.  Melvin, with a barbecue restaurant in Charleston, was a moderate who disliked his brother intensely, so they never spoke.  Maurice decided to expand, so he launched a product called Carolina Gold, a mustard-based barbecue sauce that really took off and was soon in supermarkets and volume discount operations nationwide.  Then he decided to preach his philosophy during the debate about the Confederate flag being removed from the South Carolina capitol.  He changed his labeling and placed the Confederate flag on all of his Carolina Gold labels.  The move backfired drastically.  The supermarkets, Sam’s Club, and Wal-Mart all yanked his sauces from their shelves, and Maurice lost an estimated $20 million.  Then Melvin stepped in with a similarly packaged yellow sauce with the American flag on the labels and took over Maurice’s position in the mustard barbecue sauce market.  Maurice said bitterly: “I taught Melvin all he knows about barbecue sauce, but not everything I know.”

The Future of Barbecue and the Vindication of Saucing

The Saturday session closed with a panel discussion on the future of barbecue and the Keeper of the Flame Award.  Van Sykes, a restaurant owner who said that he has cooked 6.5 million pounds of pork, said that to sell barbecue today, you must fit into the lifestyle of your customers.  You have to be computerized from the counter to the front door, but still cook barbecue in the old, traditional way.  The front of the house is 2002, the back of the house is 1957.  He also noted that the biggest challenge to authentic barbecue are the public health departments and their “damned thermometers.”   Carolyn Wells, executive director of the Kansas City Barbeque Society, noted that barbecue is the only “food group” with two trade organizations, three annual conferences and trade shows, nine contest cooking circuits, eight newsletters, two newspapers, and three magazines.”  Barbecue will survive, she said, “Because it’s the only true American cuisine.” 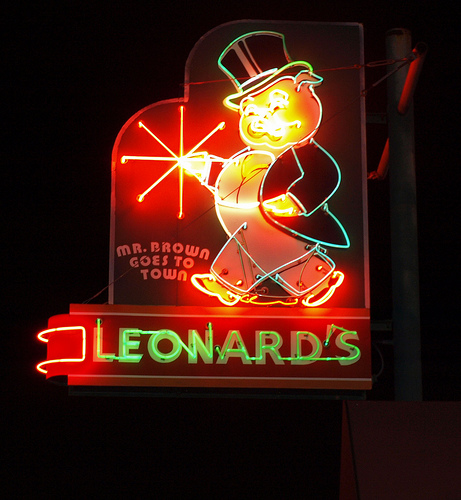 At the end of the day, the debate between Robb Walsh and myself over plain smoked meat versus sauced smoked meat was finally resolved–at least in my mind.  James Willis, the 79-year-old pitmaster (and still working) at Leonard’s Barbecue in Memphis, was given the Keeper of the Flame Award by the Southern Foodways Alliance.  He said: “Anybody can cook barbecue.  I’m not lying about it.  It just takes time.  Now, if you cook barbecue all day long and you ain’t got no good sauce, you ain’t got no barbecue.  Sauce separates you from the money.”

That evening, on tables under tents in a rainy, small field, we tasted barbecue smoked all day by pitmasters who had hauled their huge but portable pits from Georgia, Alabama, and North Carolina.  The meat in all cases was pork; the pork was heavily sauced, and it was heavenly.  I liked the vinegary North Carolina barbecue best because it was different–and because it was the spiciest, with lots of cayenne in the vinegar base.  And I do think James is right when he says: “See, your sauce is your barbecue.”