DeWitt-san as Honored Guest and Judge

A spicy sun is rising over Japan. Long believed to be the land of only sushi, tempura, and yakatori, Japanese tastebuds are now aflame with habaneros, curries, and spicy snacks.
A Spicy Background 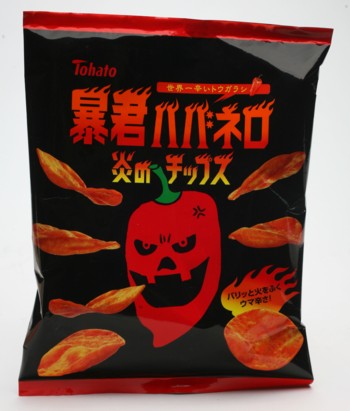 It all began with Tohato, the Japanese snack food company, entering their habanero-spiced snacks into the American Scovie Awards Competition in 2005, 2006, and 2007. They consistently won Scovies every year, which must have inspired the company to encourage Mr. Sakiyama, owner of Kadokawa X Media, publisher of the Walker magazines, to sponsor the 2006 Scovie Awards Japan. Thus, sponsorship went to Tokyo Walker and the seven other regional Walker publications. They are thick, glossy popular culture magazines that feature food prominently.

Because I had given permission for them to use the Scovie name and logo, they invited Mary Jane and I to be their honored guests and judges for their awards ceremony. Our whirlwind Japanese adventure lasted a mere six days–and two of them were travel days. Our hosts, which in addition to Mr. Sakayama, included Jun Ikeda, of Plus J, Inc. and Mr. Kobubo and Anna Berry of Sunny Side Up, Inc. put us up at the elegant Takanawa Prince Hotel and fed us a welcoming dinner of sushi and tempura specialties.

The Scovie Multimedia Production
The Japanese Scovie Awards are different from the contest that we produce. Because there are not hundreds of companies that produce hot and spicy products in Japan, there are only four categories: restaurant specialties voted on by the general public, spicy recipes submitted by the general public, commercial curries, and commercial snacks. The producers decided to produce a lavish multimedia production at a hotel near the one where we were staying. So, with the The Doors’ “Light My Fire” blasting and strobe lights flashing, I took the stage with Anna Berry translating and gave my report on the 2007 American Scovie Awards, while the media cameras were rolling. 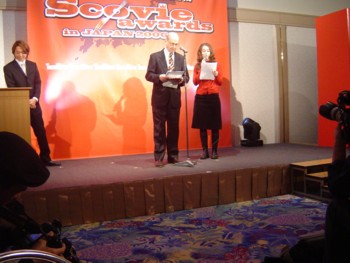 The Judging and Awards Presentation
Mary Jane and I were placed in the same position as our own Scovie judges as we judged the finalists in the Curries and Snack categories.  Here are the snacks at the judging table (the lone beer was mine): 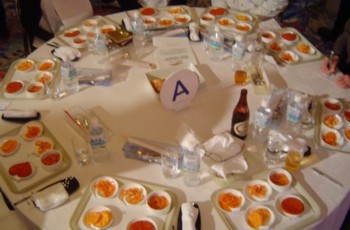 Tohato won the award for Best Snack, which did not surprise us. Once again, I took the stage with Mr. Sakiyama to present the award to a representative of Tohato. 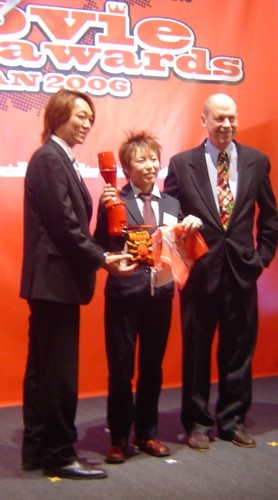 A Day Off Enjoying Nature
On our one day off, Mary Jane and I visited the Institute for Nature Study, a gigantic nature reserve in the middle of Tokyo that has preserved the native forest, ponds, and streams in a pristine environment since 1917. 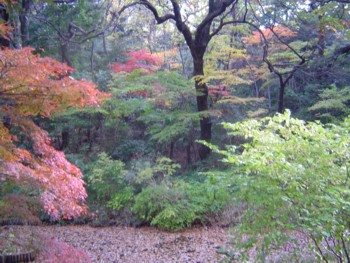 We also visited the Tokyo Metropolitan Teien Art Museum with their excellent exhibit on art deco jewelry. The museum also has a classic koi pond. 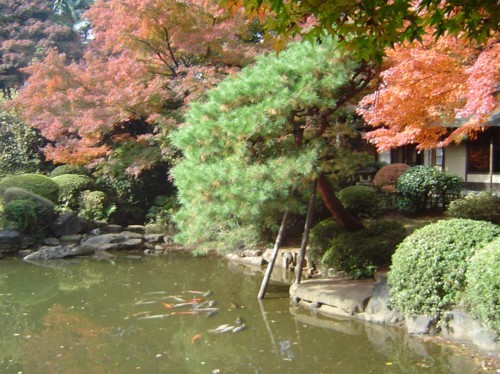 Eating Innards: The Post-Scovie Grilling Dinner and Media Coverage
Our hosts splurged on a celebratory dinner at a Korean restaurant. Spicy kim chi led off the feast–and then marinated raw beef liver, which Mary Jane refused to eat–but of course, I did indulge. It was very flavorful and the texture was perfect. Someone at the table said, “The Japanese are into raw.” I lifted up a chopsticks-filled portion of the liver and said, “No fish here.” There was a gas grill on each table and we grilled beef tongue, heart, and liver, which all were excellent.
We also discovered that the Japanese media had covered the Scovie Awards, and that Mary Jane and I were stars for a day in the newspapers. 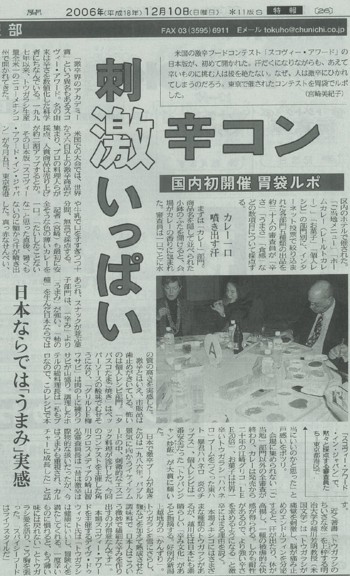 Postscript
Finally, I got to see my own name in Japanese script:

I was also impressed with Japanese technology and their high-tech toilets complete with warmed seats (which I used) and a variable spray bidet (which I didn’t use)! 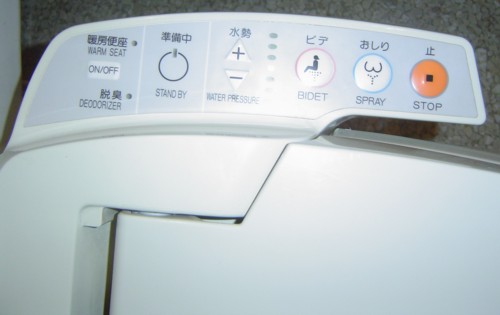 Thanks to all our new Japanese friends for a great experience!