Prior to adding compost, the pepper gardener should determine what type of soil exists at the site and what steps, other than adding compost, might be necessary to achieve pepper-growing perfection.

It is unlikely that the perfect soil for growing peppers exists in the natural state anywhere in the country, so some soil treatment will undoubtedly be necessary. Generally speaking, the best pepper-growing soil has the following characteristics: a warm, full-sun location; well-drained loam or sandy loam high in organic material but with moderate fertility; a herbicide-free environment; little or no alkali; and a pH registering from 6.0 to 8.0 (ideally 6.7 to 7.3).

Home gardeners commonly apply fertilizers, lime, sulfur, or other materials indiscriminately to their garden plots. Usually, such applications do more harm than good because gardeners believe in the old adage that if one pound is good, two must be better. Gardeners who have any doubts about their soil should have it tested to determine which soil enhancers to apply. Such tests will determine whether a problem in growing healthy plants is due to nutrition or a physical defect in the soil, such as poor texture or chemicals. A glance at the soil triangle will give the gardener an idea of how the various soil types relate to one another.

The first step is to contact county extension agents and request their information, procedures, and forms for soil testing. In some states, it will be necessary to contact the soil and water testing laboratories or agronomy departments of state agricultural universities. Generally speaking, home soil testing kits are designed for eastern soils and are not accurate for western soils. 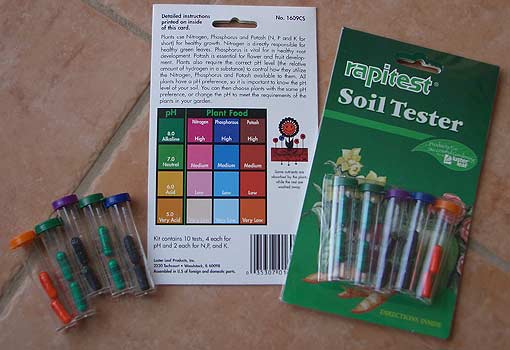 Taking soil samples from the garden is a simple procedure. The best method is to take six samples from various parts of the garden and combine them into a composite sample. First, remove and surface litter such as leaves and old stalks. To collect the samples, use either a soil auger or a small shovel and dig down about six to eight inches. Ideally, each sample should measure six to eight inches long and about one-half to one inch wide. Combine the samples in a clean pail or box and mix them together thoroughly. Break up any lumps and allow the composite sample to dry at room temperature. Remove stones and debris and crush the soil so that there are uniform small grains, but do not pulverize completely. Label the sample, fill out the appropriate form received from the county agent, and mail it. 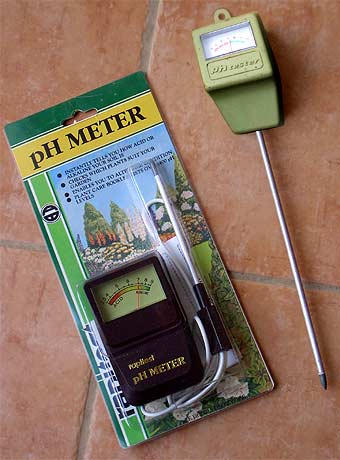 Solarization uses the sun’s energy to pasteurize the soil. Temperatures in excess of 125 degrees will kill soil-borne pests, including pathogens, nematodes, insects, and weed seeds up to four inches below the soil surface, but it takes four to six weeks of very sunny weather to eliminate disease-causing organisms at greater depths. The soil solarization method has been demonstrated to be very effective for small garden areas, and it is a technique commonly used in integrated pest management systems. The only drawback to solarization is that it should be done in the summer, when air temperatures are high and there is intense solar radiation. Therefore, it is usually applied to fallow plots. In the Southwest, the method will work during the late spring, summer, and early fall.

The soil to be treated should be cleared of plant material, loosened, watered, and covered with a thin, clear, polyethylene film. Use clear film rather than black film because the clear plastic will transmit more solar radiation and increase the temperature of the soil. The thinnest film available (four millimeters) is the most effective and least expensive to use. The edges of the plastic film should be sealed with a layer of soil to prevent heat loss and to retain moisture.

The soil should be kept damp for the duration of the solarization because hot, damp soil will kill more resting fungal spores than dry soil. Moist soil will have improved heat conduction. A single deep irrigation may be sufficient, but additional moisture will enhance the treatment. A soaker hose may be left under the film if additional watering is needed.

The longer the solarization period, the greater the kill of organisms will be, especially at the greater depths. Solarizing for several weeks is recommended. Remember that solarized soil can become re-infested if contaminated soil is brought into the plot by dirty shoes or tools, so clean all garden shoes and disinfect the rototiller blades, shovels, and hoes with flames from a propane torch before using them.

Solarization also works well for preparing small amounts of garden soil which will be used for potted plants. Fill a large ziploc bag with garden soil and place it in direct sun for several weeks and the soil will become pasteurized.

Based upon the soil sample report and the gardener’s own experience, some steps can be taken to improve the soil for the gardening of peppers and other vegetables.

Soils with a low pH can be treated with lime or dolomite to neutralize them. After the pH of the soil is determined, follow the manufacturer’s directions for the application of lime.

These soils have heavy accumulations of calcium carbonate (lime), which raises the pH to unacceptably high levels. The addition of peat moss, which is slightly acidic, can help neutralize alkali soils. The application of organic material also helps improve the workabilty of alkali soils.

This condition is caused by shallow irrigating and over-fertilization, which causes salts such as sodium bicarbonate, sodium chloride, and magnesium sulfate (which are all present in the irrigation water) to accumulate as a crust on the soil that burns foliage and kills plants. Usually, saline soils are a problem in climates in which rainfall is insufficient to leach the salts out of the soil. The only solution to saline soils is good drainage and heavy irrigation to dissolve and remove the salts.

These soils drain quickly and dry out too fast. Adding compost or other organic material such as aged manure will bind sand particles together, decreasing erosion and assisting in water retention.

The small particles of clay tend to compact and prevent drainage and aeration. The addition of compost, or other organic material such as aged manure, clusters the small clay particles into lumps that will improve drainage and aeration and will make the soil easier to work and more friable (easily crumbled). Also, adding about two inches of coarse sand to clay soil will increase drainage. Never add sand without organic material, or a low-grade cement may form in the garden!

Since one of the most common causes of disease in peppers is fungal infection of the roots caused by poor drainage, it makes sense to have optimum drainage in the garden. Some gardeners, with soils high in clay, or who live in locations with a high water table, actually go to the trouble of creating a scree for drainage. Screes are thick layers of crushed rock (or gravel) and sand that are constructed beneath the garden to drain water from the plant roots. They are used to build rock or cactus gardens in wet areas and for growing Alpine plants, which also need good drainage. However, screes are extremely labor-intensive to build, and raised beds are probably a better solution. 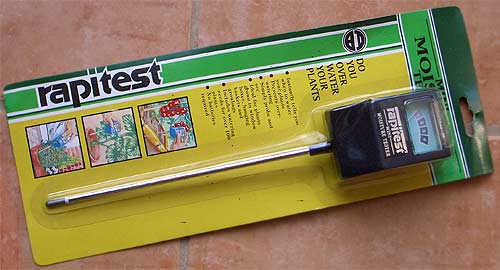 Under extreme conditions, no amount of drainage can prevent disaster. In the summer of 1992, Rick DeWitt’s pepper garden in Sarasota, Florida, which was planted in sandy, well-drained soil, was destroyed by seventeen inches of rain that fell in just two days. Entire fields of New Mexican chiles in southern New Mexico are wiped out by phytophthora wilt when summer storms dump too much water on already irrigated fields. In these cases, no amount of drainage is adequate to deal with the moisture.

When care is taken to improve the soil and provide the best drainage possible, great pepper plants are usually the result. Since the varieties have now been selected, the garden planned, composting in progress, and the soil improved, it is time to germinate the seeds and get the planting started.