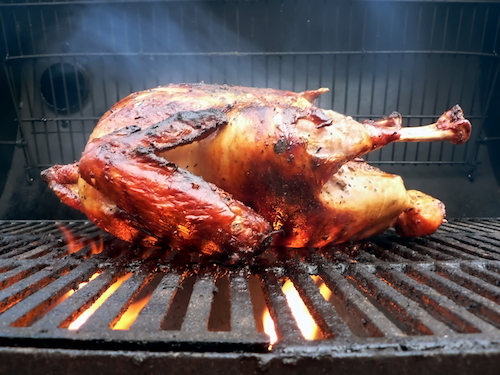 Most of what you think you know about Thanksgiving is just not true, but that doesn’t make the holiday any less enjoyable. It is widely written that the first Thanksgiving occurred in 1621 and was celebrated by the Pilgrims, English settlers, and Indians, and that turkey was served. None of this is true. The first English Thanksgiving event occurred in 1578 in Newfoundland and, of course, Native Americans had celebrated the harvest for thousands of years before the English invasion. The 1621 event was probably a harvest celebration, but not a “day of Thanksgiving,” which implies fasting and prayer. The supposed Pilgrims (the settlers of Plymouth Colony) did not call themselves that but rather “Separatists” because they had left the Church of England. The term “Pilgrim” was invented much later by “historians” who wanted to make the event more romantic. There is no documentation that turkey was served, and more likely the feast included fish and corn. There are, however, mentions of wild turkeys in some of the colonists’ writings.

From 1777 to 1783, Thanksgiving Day, as declared by Congress, was celebrated in December. But in 1789 George Washington decreed that Thursday, November 26 was to be “a day when we may then all unite in rendering unto Him our sincere and humble thanks.” Later presidents ordered that Thanksgiving to be celebrated at various times and in 1815, James Madison declared two Thanksgiving days.

It wasn’t until 1863 that Abraham Lincoln finally settled the situation by proclaiming the fourth Thursday in November to be a “National Day of Thanksgiving.” It was not celebrated in the South because it was viewed as a Yankee event until the 1890s. Today, of course, Thanksgiving is a non-religious holiday featuring parades, football, the beginning of the holiday season shopping, and turkey. Speaking in support of the turkey, Benjamin Franklin wrote: “I wish the Bald Eagle had not been chosen as the representative of our country: he is a Bird of bad moral character: like those among Men who live by Sharping and Robbing, he is generally poor and very often lousy. The Turkey is a much more respectable Bird and withal a true original Native of North America.” We’ll add that he tastes really good, too. In our world, we are thankful for barbecue.

Favorite Thanksgiving reminiscences from a few of our favorite contributors:

When I was young my grandma Julia (Meemee) lived with us. But Thanksgiving dinner was always at my Cousin Donna’s house because she had the fancy new house with the big dining room and the lower level family room for all the men to watch football in. So the weekend before Thanksgiving we would driveMeemee the hour away to loan her to Cousin Donna for the week. Meemee would whip up her special French turkey and all the traditional fixin’s and after dinner we’d bring her back home with us. Cousin Donna was also the family barber, so I could get a free haircut while we were there too.

When I was 22 years old I threw my first Thanksgiving. I had just graduated from college and moved to Albuquerque, where I was sharing a house with the only three people I knew. Despite a lack of enthusiasm that bordered on downright cynicism from my roommates, I was determined to make the holiday special. On Sunday I bought the most recent issue of Bon Appetit and created a menu. On Monday I made pie crusts. On Tuesday I nearly lost a finger slicing open roasted chestnuts. By Thursday afternoon I was broke, exhausted, covered in cranberry sauce and desperately trying to wrestle my roommates into compliance with the Thanksgiving mood when tiny, weightless white pellets began to drop from the sky. What fell wasn’t quite snow, but not exactly hail; it looked like the great bean bag chair in the sky had burst and its tiny styrofoam pellets were now spilling out and bouncing all over our driveway.

We stood at the window and stared for several minutes, shocked into silence. But as we turned back to setting the table, I noticed that the mood had changed. Fall had finally fallen and it was clear that winter would come soon. All of a sudden the house felt cozier, warmer and we were somehow happier to be in it together. Everyone ate in ten minutes, barely noticing the subtle nuances of my chestnut dressing, but we lingered around the table for hours, passing a bottle of whiskey, picking our teeth and just enjoying the good company. 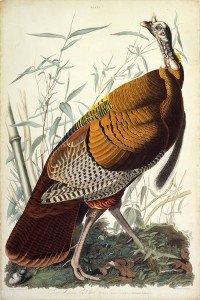 In November, 1995, Mary Jane and Dave were invited to watch the King of Curries, Pat Chapman, perform a cooking demonstration at the BBC Good Food Show in Birmingham, England. That invitation was accompanied by a plan of action whereby we would first stay in London and do the museum circuit, then take the train to Haslemere in Surrey and stay with Pat and his wife Dominique. From there, we’d drive to Birmingham for the show.

The BBC Good Food Show was extremely impressive. Not only were there hundreds and hundreds of exhibitors, there was a central theatre that seated three thousand people for demos by the television food personalities. Separate tickets had to be purchased for the theatre. Pat, who has performed at two of the National Fiery Foods & Barbecue Shows in Albuquerque, was his usual charming, funny self, and we had a great time.

But Pat and Dominique had a surprise for us—a Thanksgiving dinner at their house in Haslemere. Now, Mary Jane and I have been around for more than 50 Thanksgiving dinners, but as good as all of them have been, none of them touched us more than that meal in the English countryside where the American holiday was celebrated just for us. Dominique and Pat roasted a turkey breast, made pan stuffing and garlic mashed potatoes, and Dave made his chipotle gravy. The only things Dave missed were the football games.

The first time my wife Renate and I came to the U.S., it was for a business trip in the early ’80s. Little did we know about the American tradition of Thanksgiving back then, so we were caught by surprise that most shops were closed that day, and even restaurants. Finally we found some food at a gas station and spent that night with a generous Cheese-Whiz and cracker dinner at our hotel room.

We were introduced to the Thanksgiving rituals after moving to the U.S. in 1997. Living in Treasure Island, Florida, we had very nice next-door neighbors who also became dear friends. For our first Thanksgiving Day while living there, they invited us over to their house, and this was both a culinary and spiritual experience. Culinary, because we’d never had such great turkey with all the trimmings and exciting side dishes. Greg and Linda must have worked day and night to cook up such a great meal. And spiritual, because we saw that Thanksgiving meant so much more to them than just eating well, and we felt honored to be part of their family celebration.
The next year we returned the invite, and I barbecued a wonderful turkey in my Charbroil H2O smoker. It took all day long, but the effort was worthwhile—a tender turkey with a delicious smoky flavor. And of course we provided fancy fixings as well. More years of T-Day celebrations followed. Since 2001, we’ve been living back home in Germany, where “Erntedankfest” (Thanksgiving) is a German holiday printed into every calendar, but most people sadly don’t even take notice. Renate and I took the custom with us, and still celebrate Thanksgiving Day with a special dinner—and with memories of American people who let us into their homes and into their hearts.

During nearly twenty years as a newspaper editor and the household’s chief cook, Thanksgiving meant two things: creating a varied holiday menu for my family and guests and attending the traditional Thanksgiving football game in the newspaper’s hometown. That meant preparing most of the Thanksgiving feast in advance and having the turkey cooking as I attended the game.

A favorite Thanksgiving? Not really, just some that were more memorable than others. Thanksgiving is a wonderful holiday to gather together with family and friends, reminisce about the past year and look to the year ahead. Perhaps the best Thanksgiving is the next one. Enjoy! 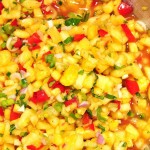 Grilled Pineapple Chipotle Salsa
This sweet/tangy/hot salsa, from Gwyneth Doland's book, Cilantro Secrets (Rio Nuevo Publishers), will occupy hungry guests until the turkey and trimmings arrive at the table. If you don't have chipotle powder, you can also use any other variety of powdered red chile.
Ingredients
Servings: cups
Units:
Instructions
Share this Recipe 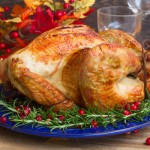 The Ultimate Turkey from Ray
Many people like to cook their turkey on those upright stands, so I thought I'd try it. I liked it so much I'm calling it The Ultimate Turkey. I use a pan underneath the whole thing so the juices can accumulate and steam underneath the turkey. You can reserve the juice then and use it in Dave's Chipotle Gravy, below. Note: This recipe requires advance preparation.
Ingredients
Servings: servings
Units:
Instructions
Share this Recipe 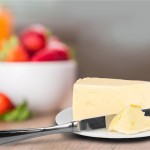 Scottie's Creole Butter
This recipe was inspired by my friend Scottie Johnson from Chicago. We first met via The BBQ Forum on the Internet and realized we were almost neighbors. I wish you could see his adorable little girls. It was first created for deep-fried turkeys, but works just great in the BBQ for all poultry and it makes a great fish marinade too.
Ingredients
Servings: cups
Units:
Instructions
Share this Recipe 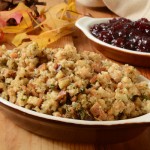 Dr. BBQ's Pulled Pork Stuffing
I've been making and promoting this recipe for years. It has never caught on, but maybe it will now.
Ingredients
Servings: servings
Units:
Instructions
Share this Recipe 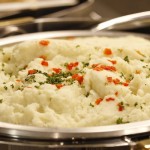 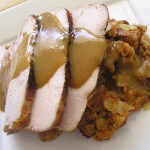 Dave's Chipotle Gravy
I make this every Thanksgiving that's held at our house, and a few times in the kitchens of friends. It's so simple that it really doesn't need a recipe, but here's one anyway.
Ingredients
Servings: varies
Units:
Instructions
Share this Recipe

Mike's Zucchini-Stuffed Roasted Tomatoes
Grilling zucchini brings out the natural sugars in the vegetable adding a nice flavor to the roasted tomatoes. Marinating the zucchini and Portobello mushroom before grilling adds another layer of flavor for this holiday side dish. This recipe, which is easily doubled, requires advance preparation. If necessary, Parmesan or Asiago cheese could be substituted for the Pecorino-Romano.
Ingredients
For the marinade
Servings: servings
Units:
Instructions
Prepare the marinade
Share this Recipe 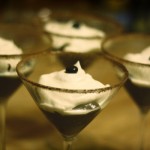 Chile and Dried Cherry Chocolate Dessert
Since preparing a Thanksgiving feast on a barbecue isn't traditional, why finish it up with the usual pumpkin pie? This layered dessert from Nancy Gerlach is unique in that it can be cooked on the grill like the rest of the meal. The finished dessert has a cake-like topping and a chocolate syrup which can be served with whip cream on top. Place it on the grill while you are indulging with your turkey, and it will be ready to serve at the end of the meal.
Ingredients
The Topping
Rum Glaze
Servings: servings
Units:
Instructions
The Pudding
The Topping
Rum Glaze
Share this Recipe